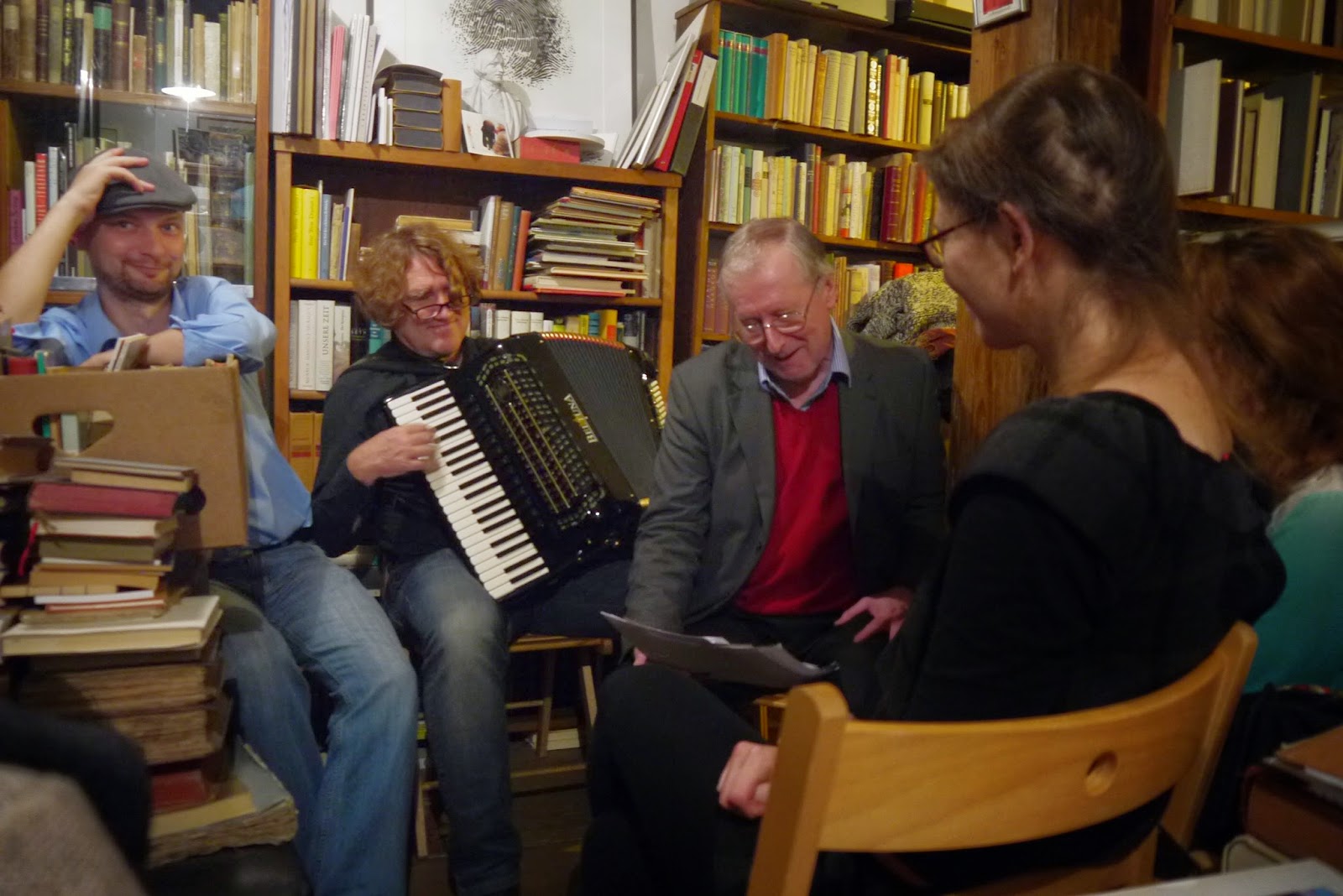 HERMANN HESSE IN THE GUTTER

‘We are all in the gutter, but some of us are looking at the stars.’ (Oscar Wilde)

Headlong, headstrong
Hermann Hesse
fell, flat on his face, in the Tuebingen mud.
“That’s it! Get stuck into the shit!”,
an ageing Swabian yelled.
And the church bells throbbed along Lange Gasse,
and the dust fell on Heckenhauer’s Bookshop.
And, as young Hermann slithered to his fumbling feet
and cleaned his shitty glasses,
his first poems
shone in the moonlit gutter.

Note: The writer Hermann Hesse (1877-1962) was born in Calw and, at the age of 19, began a four year period of work in Heckenhauer’s bookshop in Tuebingen. It was then that he began writing and, during this time,  he published his first poems as ‘Romantic Songs.
Posted by The Armstrong-Dixon Line at Tuesday, November 25, 2014