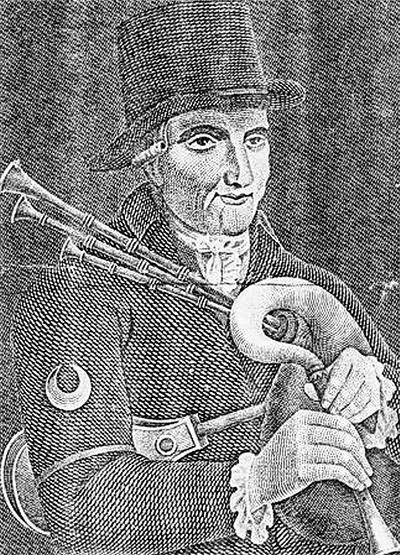 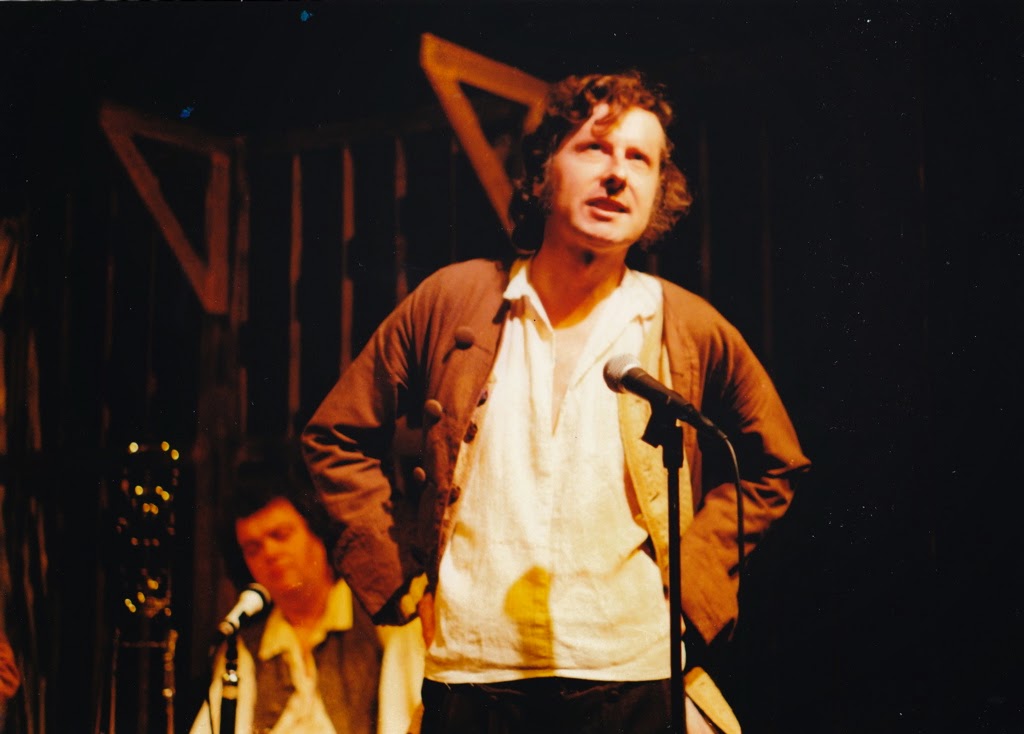 The poems below were written by Keith Armstrong for a touring show ‘O’er the Hills’ by Northumberland Theatre Company in 1988, recounting the life of Northumbrian Piper, Jamie Allan (1734-1810), and based on an original idea by Armstrong.
The show featured Armstrong in performance with associate writer Graeme Rigby together with  musicians Kathryn Tickell, on Northumbrian Pipes, Rick Taylor, on trombone, Paul Flush on keyboards, Keith Morris on vocals and saxophone and Joan McKay on vocals, with original music by Taylor, Flush and Tickell.

A mischievous man you might say
but with beauty did he play,
with his wee fingers
tripping
over songs.

When he piped,
the rivers and girls came
running.
The world danced
when Jamie drooled
on his lance.
Yes, when Jamie smoked,
the salmon
leapt in his pipes.

A bit of a lad and bad
but oh what a way he had;
with the fish
and his hands leaping,
he set the salmon and some women
jumping:

Jumping Jamie!
Home your heart
in your hymns,
your wild Northumbrian hymns -

IN THE YOUNG DAYS

In the young days,
I swam,
dipped in the River Coquet.
Along the banks I ran,
shouting for the sun.

In all wild flowers,
I’d lie,
picking out such scent,
jinking jaunty amongst sheep,
dancing for my keep.

Now by the Ganges I walk,
the evening streaming blood;
such wanders through a different land,
such songs of our dead brothers.

In the scale of things I am
but a small fish abroad;
all rivers flow together,
all wonders outlive man.

Jamie Allen I,
piper by the sea;
notes flow inside me,
streams flow by.

I never really knew my station,
my destination.
I was restless,
yearning.
Could never settle
for second best.
Yet I was
consistently
outclassed.
Ending my days
dingily alone,
stripped of illusions
and riddled
with humility.
My ego starved,
my regal palate fed
on bread
and Coquet water.

FOOTNOTE:
Jamie Allan, the most renowned inhabitant of the House of Correction, Elvet Bridge, was born of gypsy parentage near Rothbury in the 1730s and his accomplishment on the Northumbrian pipes earned him recognition from the Duchess of Northumberland.
He became resident at Alnwick but misbehaved and lost her favour. Subsequently he led a remarkable and irresponsible itinerant life throughout Europe, Asia and Africa but on his return was convicted in 1803 at Durham Assizes of horse stealing, and condemned to death. This sentence was later commuted to transportation but, probably due to his advanced age and poor health, this last journey was not enforced and he spent the remaining seven years of his life in the House of Correction. This is the building where Hollathan's is now housed.
He died in 1810 on the day before the Prince Regent granted him a free pardon. It is said that his ghost wanders the dank, dark cells and that the plaintive sound of his pipes can sometimes be heard.
No Wonder! What greater punishment to a wandering gypsy than this? Even his request to be buried in his native Rothbury went unheeded and he was interred in St. Nicholas' Churchyard, now part of Durham's busy Market Place.