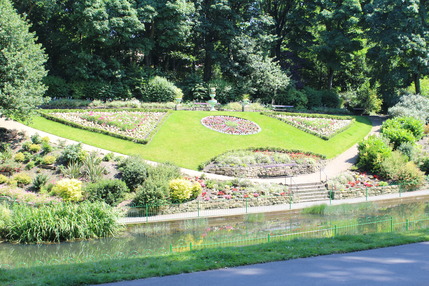 The anthology, published jointly by North Tyneside Council and Northern Voices Community Projects, will be launched in September as part of this year's Heritage Open Days events.

We look forward to hearing from you soon.

Nestled between Tynemouth and North Shields, Northumberland Park has attracted visitors to its woodland paths, gardens, lake and bowling green since it was opened in 1885.

Northumberland Park offers a tranquil green space with a variety of landscapes, providing a mixture of Victorian elegance and urban wilderness.

10 minutes walk from Whitley Bay town centre is Marden Quarry Park – with mature woodland and limestone grassland. It offers an unusual landscape, as virtually the only exposure of magnesium limestone north of the River Tyne.

It is a local nature reserve too, with a large wildfowl lake supporting breeding birds such as the mute swan, mallard, moorhen, coot, tufted duck and seasonal migrating birds.

The quarry park celebrated its 40th anniversary in November 2017.

They form a resource for wildlife and people in three unique, connected green spaces over 16 hectares in size.

The grounds are adjacent to the Green which was the site of the original Wallsend village in medieval times. In the 19c two large houses stood to the north of the Green; Wallsend Hall and The Red House which both had substantial ornamental gardens now incorporated into the park.

To the south east of the site was the 'C' Pit, an extension of Wallsend Colliery, which was closed in 1854.

Wallsend Parks is made up of:

The Rising Sun Country Park is now a site in Benton that once housed one of the world’s largest coal mines. It has been transformed into a 400 acre natural green oasis. The Park is a site of Nature Conservation Interest (SNCI) and the lake is designated as a Local Nature Reserve (LNR).
The Rising Sun Country Park is a green oasis of 162 hectares, set in the heart of North Tyneside.

Boasting a nature reserve with ponds, woodlands and extensive grasslands; a farm and Countryside Centre, the site is a haven for wildlife and an ideal place to relax and enjoy the great outdoors.

A quarry of some sort has been here since Roman times and it is said that when the quarry came into full production in the 1800s – the age of the industrial revolution – the sandstone was used to help build some of Newcastle’s famous buildings.

The unfenced quarry became worked out and filled up with water in the 1930s, with the exception of an island known by locals as ‘Froggy Island’ – suggesting it was a haven for frogs.

In the 1960s, the council of the time used the quarry for disposal of building rubble and the quarry basin was filled in. Lime, sycamore and horse chestnut trees surrounded the quarry and it was fenced off. The land inside was basically grassy scrubland and a local farmer used it to feed his goats.

Then in the late 1970s and 1980s trees were planted with the help of local volunteers and Scout groups. The park was left to develop naturally and little more was done until 2003 when North Tyneside Council reintroduced Park Wardens. The old pathways were then reclaimed and the park started to look as it is now.

Silverlink Park LNR incorporates Silverlink Biodiversity Park and West Allotment Pond, and occupies approximately 18 hectares in the centre of Cobalt Business Park, just off the A19.
As part of a new development scheme in 1996, a new country park was created on the site of a former rubbish tip.
This 'Biodiversity Park' together with the pond at West Allotment was declared a Local Nature Reserve in 2005.
The reserve holds significant biodiversity value, with woodland, scrub and hedgerow, grassland and tall herb, wetland and exposed rock habitats.
In particular, the site is of note for its amphibian and invertebrate population. The ponds and ditches are teeming with invertebrates such as pond skaters, blue-tailed damselfly and whirligig beetles.
Roe deer, fox, brown hare and rabbit can all be discovered in the park's grassland, whilst kestrels are regularly seen hovering overhead.
The grassland is also home to many species of butterfly such as meadow brown, common blue and small white.
A giant sundial sits on top of the central hill, and for this reason the site is sometimes referred to as the 'Sundial Park'.
Free parking is available on site, directly opposite the Village Hotel on The Silverlink North.

Killingworth Lake is a popular man-made lakeside park. The highlight is a small colony of Mute Swans which attracts a great deal of interest.  At times Whooper and on rare occasions Bewick Swans can also come to visit. There are two lakes, either side of a main road. There is a patch of open grassland on the southern shore and there are patches of woodland along the edges of the park which are home to singing Warblers such as Blackcap, Chiffchaff and Willow Warbler in the spring/summer months.

Close to the road which separates the two lakes, Cormorants and Grey Herons can be seen on some wooden platforms. The site remains a good site for Common Terns and Great Crested Grebes in the summer.

On occasion Black Terns have also been recorded visiting this site.

A recently developed park, part of the Royal Quays regeneration. The name comes from the Chirton Burn, previously a culverted burn which ran into the Tyne, but has been restored and integrated into a series of water features. A lake attracts swans, gulls, ducks and wildfowl. To the north it connects with the Parks Centre which was originally a recreation area for Smiths Docks Company workers. To the south it meets the Royal Quays Marina, formerly the Albert Edward Dock.

This is reclaimed from the site of the old Weetslade Colliery which closed in 1966 and can found up near Dudley.

Posted by The Armstrong-Dixon Line at Tuesday, February 25, 2020